Among the various and many articles that have been written about automobile diminished value, there are but a scant few that describe what happens when an irate claimant decides to become a plaintiff and escalates his claim into small claims court. Of course, there are many diminished value losses that exceed the $5,000.00 to $10,000.00 limit – each state has different thresholds – of this venue but for this article we will examine diminished value in small claims court. Small Claims Court is a special court where individuals, representing themselves, resolve disputes quickly and inexpensively in an informal setting. The person who sues is the plaintiff; the person who is sued is the defendant. In small claims court, you may ask a lawyer for advice before you go to court, but you cannot have a lawyer in court. Again, different state laws apply.

The St. Lucie Appraisal Company had occasion to prepare an automobile diminished value report for a client, but not before he had made a few mistakes. The gentleman owned a Honda Pilot which was damaged by a negligent driver who was insured with Safeco Insurance. After having his 3,900 mile vehicle repaired for $1,446.13, not a great deal of damage, he filed an automobile diminished value claim against Safeco. He presented as evidence of diminution, a document from his Honda dealer which stated that his vehicle, due to its now having a bad Carfax, was worth $4,000.00 less. 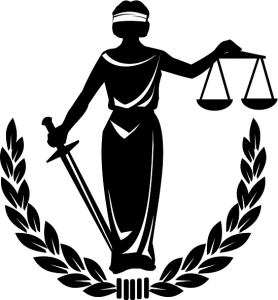 Insurance companies in general have become sophisticated in recognizing what types of claimants they are dealing with when it comes to diminished value. This claimant did not seek out an independent appraiser, rather, he decided to forgo the cost and present his case armed with a letter from his Honda dealer. Safeco, in turn, likely categorized him as someone who would not cause them any trouble; as might someone who would spring for the cost of an independent appraisal. Insurers take the same approach when claimants present them with the low-cost types of diminished value appraisals found on the internet. Safeco denied his diminished value claim, offering him absolutely nothing, not even a token few hundred dollars as many insurers typically do.

That’s when our client contacted us to prepare an automobile diminished value report. Our appraisal, which was done on the basis of six quotes obtained from area Honda dealers, came to $2,000.00. With the appraisal in hand, he then contacted his attorney who filed a small claims action against the defendant vehicle owner in civil court. We were again contracted to appear as an expert witness to defend our findings.

When Bringing a Diminished Value Lawsuit to Small Claims Court, Be Prepared to Win

Safeco brought it’s own defense team that included an expert witness. Their expert witness did not produce an appraisal based on dealer quotes – their contention was, repairs having been done to industry standards, that diminished value did not exist.

We were questioned by both the plaintiff’s and defendant’s attorneys before the judge rendered his decision. Objections of hearsay are common and you or your counsel must be prepared to meet that if you are to get the full benefit of the report. One of the questions asked by Safeco’s attorney was whether our diminished value report was biased. The answer was no and it was a truthful answer. When The St. Lucie Appraisal Company prepares an automobile diminished value report, we present the facts to the dealers queried exactly as they are. The year, make, model, options condition and color of the subject vehicle as well as the specific damages that were repaired. All of the dealers queried are informed that the subject vehicle is not available for purchase or trade, therefore none of the dealers queried had any vested interest in the subject vehicle. The results of our inquiries speak for themselves. We neither add nor subtract any opinions of our own, nor do we attempt to skew results in favor of our clients.

Our appraisal fee is $275.00 and the cost to hire us as an expert witness is $675.00. Our client’s’s attorney fees were in the neighborhood of $1,000.00. However, he was so put off by the cavalier treatment he received from Safeco, he decided to risk spending the additional monies in order to extract a fair settlement from the insurer.

In the end, the magistrate agreed with our appraisal and also with the fact that compensation for diminished value was due even though the claimant had no intention of selling his vehicle. In addition to awarding the claimant $2,000.00 in diminished value, the judge ruled that Safeco should also pay all of the claimant’s appraisal, expert witness and legal fees. It was a bad day for the insurance company seeing as they were also on the hook for payment of their own defense costs, but it took the fervor of the claimant – his David vs. Goliath mentality – to put all of that in motion.

Our client’s attorney could not seek any punitive damages even though evidence of unfair claim practices existed. Perhaps in the future, when more Davids summon the courage to challenge Goliaths, all 50 states will adopt uniform laws that require fair and equitable treatment by insurers in automobile diminished value cases. Penalties for ignoring an obvious fact – that automobile diminished value does exist – may someday be imposed upon predatory insurance companies. On this day it was sweet vindication for our client and, hopefully, a warning for insurers to start walking a straighter line when presented with claims involving automobile diminished value.

The fee for an Automobile Diminished Value Report is $275.00. You may also make your Credit Card Payment by telephone, call 772-359-4300. TESLA AND OTHER EXOTIC CAR OWNERS CALL FOR RATES.
After making your secure payment please email the body shop estimate or insurance company appraisal to contact@autodiminishedvalue.com

NOTE: This article is intended as a guide and not as a form of legal advice.

This is an Open Education Resource focused on auto diminished value, collective knowledge and the sharing of scholarly content.
AUTODIMINISHEDVALUE.COM and TOTALLOSSDISPUTE.COM are services of The St. Lucie Appraisal Company.